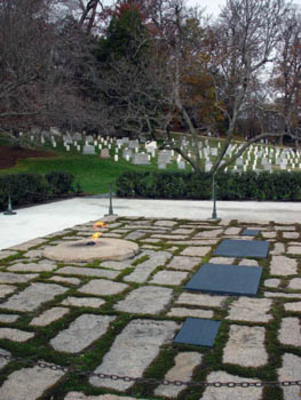 Along with John F. Kennedy's remains are those of his wife Jacqueline and two of their children.

The remains of Robert F. Kennedy, the Kennedy administration's attorney general (and later a U.S. senator), are interred nearby. RFK interrupted his studies at Harvard to serve in the Navy during World War II.