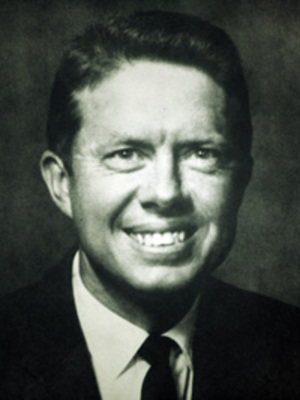 Jimmy Carter's political career began at age 39 when he successfully ran for the Georgia Senate. The U.S. president at that time was another Democrat, John F. Kennedy.

This photograph of Carter was used in campaign posters and literature during that first successful campaign. Moving to Atlanta, he served in the Georgia legislature for two terms, from 1963-1966.