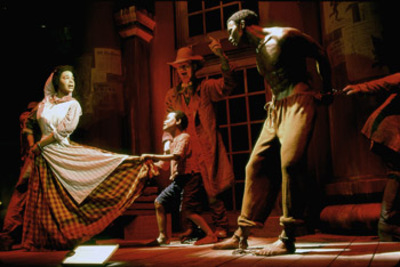 This scene -- a slave auction -- depicts a slave family going through the anguish of being separated. Twice Lincoln traveled down the Mississippi to New Orleans and personally observed the sale of slaves that resulted in families being separated.

It is often noted that Abraham Lincoln did not begin the Civil War in April 1861 with the aim of freeing all black slaves on U.S. soil; he would have settled for the restoration of the Union. But by the end of 1862 emancipation was as important a wartime aim as restoration. Lincoln's convictions were no doubt shaped by observing the slave auctions in New Orleans.