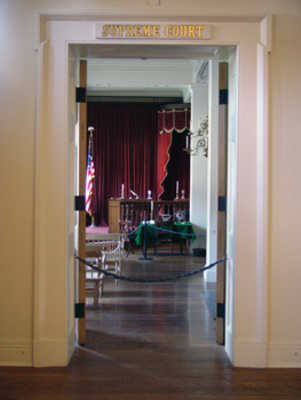 Almost everyone knows that Lincoln was a clever trial lawyer, but few realize how prominent he was. No backwoods hayseed, he argued more than 300 cases before the Illinois Supreme Court (pictured at right) on the second floor of the Old State House.

In the early 1840s, some of the cases Lincoln argued were before an ambitious Democrat sitting on the Illinois Supreme Court -- Stephen A. Douglas.