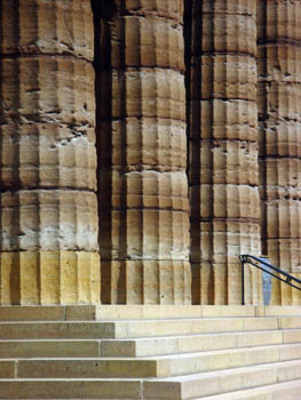 The cornerstone of the Greek Revival statehouse was laid on the Fourth of July in 1837, five months after legislators, including a second-term representative named Abraham Lincoln, voted to move the state capital from Vandalia to Springfield.

Five years earlier, in 1832, Lincoln made his first run for a House seat. He was only 23 years old. Earlier that same year he served as a captain in the Black Hawk War.

The returning veteran did not win this first foray into politics. But his views were well known. He subscribed to the Whig party platform that called for more internal improvements, lower interest rates, and greater educational opportunities for citizens.

The second time he ran for a House seat, in 1834, he won. He was 25 years old. The young legislator decided to take up a new career -- he began studying law in earnest.