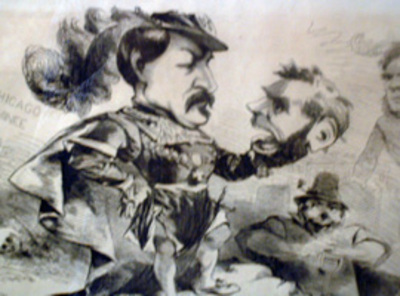 In the 1964 presidential election Lincoln faced his former general George McClellan. This cartoonist managed to mock both candidates in the same image.

Famously indecisive as commanding officer of the army of the Potomac, McClellan is portrayed as Hamlet -- whose fatal flaw inaction cost him his life -- and Lincoln as Yorick, an old jester.