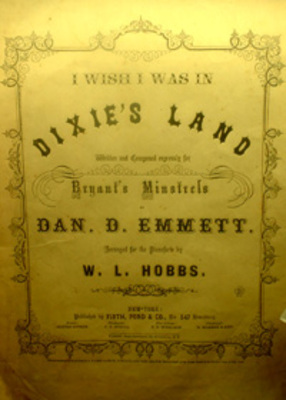 Although it was adopted by the Confederate Army, Dixie was one of Abraham Lincoln's favorite songs. It was even played at his inauguration.

In 1865 Lincoln was quoted saying "I have always thought 'Dixie' one of the best tunes I have ever heard. Our adversaries over the way attempted to appropriate it, but I insisted yesterday that we fairly captured it. I presented the question to the Attorney General, and he gave it as his legal opinion that it is our lawful prize."