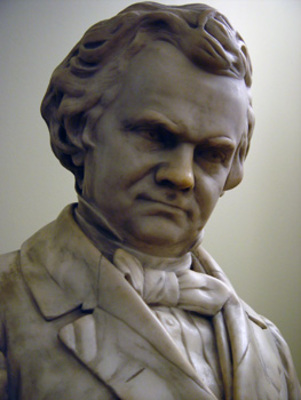 This statue of Illinois Senator Stephen A. Douglas stands on the second floor of the Old State House. Democrat Douglas and Republican Lincoln could not have been more unlike; the former was short and stocky, the latter lanky and gawky. Politically they were often on opposite sides of any given issue, and at various points they directly opposed one another in elections. But once President Lincoln decided on war, Senator Douglas supported the president.