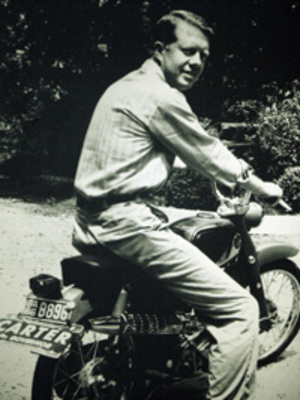 Jimmy Carter lost his first bid for governor of Georgia in 1966. He was not well known and it was during this campaign that some journalists first dubbed him "Jimmy Who?" The phrase would be resurrected a decade later when Carter seemed to come out of nowhere to run for president.

The 1966 loss, Carter later wrote, "was extremely disappointing." He ended the campaign "deeply in debt." The race had also taken a physical toll. He had started the campaign weighing 152 pounds. On the campaign trail he lost 22 pounds, and was down to 130 by November [Jimmy Carter, Why Not the Best?, pp. 130-31].

Despite the emotional, financial, and physical toll of the '66 campaign, Carter would run for governor again in 1970. He vowed to win -- and did.