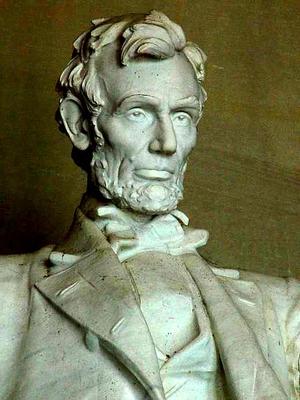 The artists' recommendations were published in 1902 in the McMillan Park Commission Report. A decade later, architect Henry Bacon began working on a design that satisfied the Lincoln Memorial Commission's charge that the structure evoke grandeur and republican simplicity. It is no accident that Bacon's design reflected America's vacillating aspirations to be both the world's greatest democracy and the globe's strongest power: the memorial to America's 16th president looks like an ancient Greek temple set in the Roman Empire.

Indeed, a prominent inscription on the inside of the structure refers to the memorial as a "temple" dedicated to Lincoln and the ideas for which he stood. More accurately, perhaps, it is a temple to American ideals in the early twentieth century -- union, freedom, democracy, and international power.